Like any other device, Windows 10 PC also need screensavers. They were traditionally invented to prevent the screen burn on the CRT monitors. Also, the screensavers are developed to conserve energy when the PC isn’t in use. Later on, with the invention of low-energy LCDs and IPS panels, the purpose of screensavers vanished. Despite this, they are used on modern-day devices like Windows PCs and on many other devices, including smartphones. They transform the entire look of your screen, which is preferred by lots of users. The article is all about the best screensavers for Windows 10 PC.

Though Windows 11 is the latest release for Windows PCs, many are using the Windows 10 OS. Some common Windows 10 features like Named tabs in Taskbar, Drag & Drop files, and Math Input Panel are not available in Windows 11. So, a lot of users are sticking to Windows 10. Even, some users are trying to make Windows 11 look like Windows 10. Let’s make your Windows 10 PC more stylish with these screensavers.

One of the completely customizable screensavers on Windows PC includes Electric Sheep. It is a collaborative art project and has an endless collection of beautiful images. When your PC is asleep, it will communicate with other PCs in the Electric Sheep network. This, in turn, will create custom abstract animations called sheep. As a user, you can vote for your favorite sheep and those with more likes will reproduce and live longer. Electric Sheep for Windows 10 PC is Free.

Windows 10 PC users will get access to fully functional screensavers called Fliqlo. This screensaver will turn your device to look like a flip clock. It is a popular and well-designed screensaver that is simple to install. Fliqlo has lots of customization options. For instance, it lets you change the clock size between 12/24 hour toggle. This is a minimalistic screensaver that fits perfectly on an office PC. Fliqlo on Windows 10 PC is free.

If you want more than one screensaver, then Plane9 is all you need on Windows 10. It is a 3D visualizer and has more than 250 predefined scenes. The users can use it to combine one with another to form a new view. So, you will get an endless collection of screensavers with Plane9. It supports a standalone window or as a screensaver. It is sound sensitive and will react to anything you listen to. Plane9 on Windows 10 PC is Free.

With Apple TV Aerial Views on Windows 10, you will get all the screensavers like a native Mac user. It will have an aerial view of different places. For instance, it shows aerial views of San Francisco, New York, Chine, and Hawaii, just like Mac on Windows. It updates automatically and you will get access to the latest screensavers. You will be able to view the screensavers based on the time. i.e., day or night. Apple TV Aerial Views for Windows 10 is Free.

If you love science fiction movies, then System 47 will inspire you. It is a Windows 10 screensaver that is a replica of the LCARS (Library Computer Access and Retrieval System) computer interface. LCARS is the primary computer system in the movie Star Trek series. There are about eight different animation sequences System 47 randomly lines up. This screensaver will let you experience the 24th century. Besides all, the screensaver is fully customizable and you can even add your personal crew roster. System 47 for Windows 10 is Free.

Those Lego block lovers can try Briblo, the best screensavers for Windows 10. This will liven up the screen when you are away from the PC. It has a visually stunning look with colorful bricks and 3D makeshift. Briblo is highly interactive and the users can play using it with the arrow keys, enter key and space bars. In other words, it is a screensaver with Lego bricks and Tetris. Besides all, Briblo supports creating your own Lego stacks. Briblo for Windows 10 PC is Free.

Lost Watch 2 – NVIDIA Edition is the classic watch screensaver. It features a classic hand-held watch submerged in clear water. If you look deeply, you can see that the watch shows the current time. The screensaver is packed with sounds and ringtones that can be used for notifications and alarms on your Windows 10 PC. Apart from the Lost Watch 2, you can download more screensavers from the NVIDIA website.

How to Change Screensaver on Windows 10?

It is quintessential to know the procedure to change the screensaver on Windows 10. It isn’t a complex thing and can be done with one or two clicks.

(1). On your Windows 10 desktop, right-click and choose Personalize.

(4). If you choose 3D Text, you can customize the screensaver by tapping the Settings option.

1. Where do I get more screensavers for Windows 10?

You can customize the screensaver in the Personalization settings. If you want, you can download more screensavers from the Microsoft Store.

2. How do I get an animated screensaver in Windows 10?

You can get animated screensavers for Windows 10 on any third-party website or from the Microsoft Store.

Bitcoin and Digital Currency Revolution - All You Need to Know 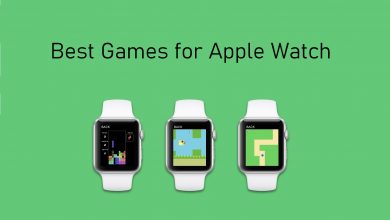 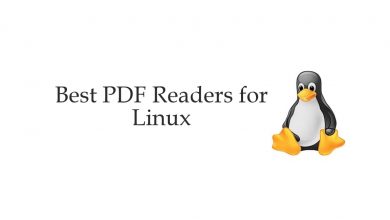 Best PDF Readers for Linux PC and Laptop in 2021 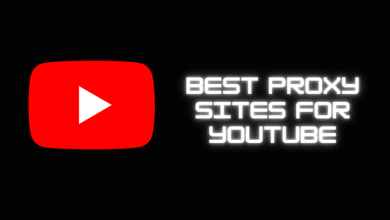 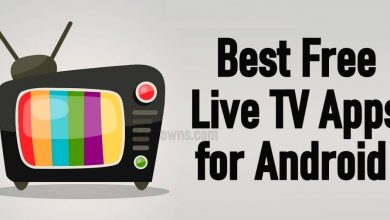