The Doom franchise is one of the most popular first-person shooting games. The evolution in Doom’s journey throughout the year fascinates video gaming fans. The id software is a very popular video game development company that has created several successful titles, including Wolfenstein, Quake, Doom, and much more. If you are new to this franchise, it’s good to know about Doom games and their evolution over the years. Let’s have a walk-through of all the Doom games timelines in chronological order.

The Doom games are first-person shooting games that have received a huge positive response from the public. The one-liner of this game is that the Doom guy is a space marine who fights for humanity. So the hero in this game would fight against the forces of hell, including demons and the undead. Here, the main character can access various weapons with different functionalities and advantages. The Doom Games are designed linear, so the user must complete levels in order, including mazes, main and side areas, collectibles, and hidden mysteries.

The Doom is the first game for MS-DOS systems in the year 1993. The storyline is the player runs through multiple military bases in hell and on Mars’ moon. And finally comes the boss fight, after which the level ends. However, playing through the missions requires the players to manage health, armor, and ammo. As the Doom guy assaulted a superior officer, he was sent on a suicide mission to protect the combat force on various military bases.

In Hell on Earth, developers used the new computer hardware to increase the complexity of the levels. Specifically, the game had 32 levels, of which 2 were secret levels. In addition, the popular double-barreled shotgun was introduced in this Doom version. The storyline of this game is as the Slayer defeats the Spider Mastermind, a new demon would make its way to the earth. All the surviving humans try to escape in a massive spaceship. Unfortunately, the demons take control of the last spaceports. The Space Marine is the only person capable of handling the situation.

Thy Flesh Consumed (The Ultimate Doom)

It is a prequel to Doom II, where the Slayer fight against demons’ invasion of earth. This expansion was done by a third-party studious as the Id Software was held in developing the Quake saga series. The studio has made sure to enhance the gameplay compared to the base game.

The final Doom was developed by TeamTNT under the supervision of Id Software in the year 1996. The third-party title complies with standalone episodes for Doom II. The first part of this version is about avenging fallen comrades, and the next one is about the gates of hell. This game comprises 32 levels and is a sequel to the Doom II. The developers have made it more challenging as there is no life regeneration in the Final Doom.

The Doom 64 has 28 levels with four hidden levels, and the Doom guy has to handle several demons. Here the developers have enhanced the visuals, character models, weapons, and game performance. The storyline of this edition is a space marine sent to the Union Aerospace Corporation to look for a dangerous creature. The enemy has five radiation levels and the ability to give life to the dead. The plot is to hold the Doom guy in hell. But in reality, the enemies were trapped in the underworld with Slayer. So the Doom guy stayed back in hell, ensuring no demons would rise again.

It is the first reboot series that features a new story plot with the same gameplay element. The story begins on Mars, with military research on teleportation, advanced weapons, bio weapons, and much more. During the process, a gateway to hell opens up from which the demons from hell land on Mars for invasion. Now, the Doom guy must defeat enemies by reaching the exit point to finish the levels. The developers have included a few extraordinary weapons, including BGF 9000. Also, the game has a horror element where we can select between horror/ survival settings as we wish.

It is the sequel to the previous game with 12 single-player levels and six new enemies. It also brings back the double-barrel shotgun used in Doom II. It has two added features: the first one is the Ionized Plasma Levitator, a weapon that can move things across. The second feature is the Slayer would be receiving Heart of Hell, Bloodstone, and demonic Artifacts in order after defeating three bosses consecutively.

The BFG edition of the Doom game has enhanced graphics & audio and added extra sound effects. It also has improved the gameplay by letting Slayer use the flashlight and weapon simultaneously. Other add-on features include 3D display support and HDM support.

Here, the new Doom Slayer is back to fight the creature of hell. All the demons and undead are found on Mars attacking the UAC. So the Doom guy has to come to the rescue and send them where they belong. The developers have enhanced mobility skills, environmental traversal, and much more. There are multiple enemies, each with different weak spots, behaviors, and skills. Like other versions, this game also has two unique features. The glory kills feature is to kill the enemy with special melee action after enough damage is done. Similarly, kill the weaker enemy with a chainsaw. They have enhanced the graphics and soundtrack and made it the best of all the series.

In this version, we don’t get to play as Slayer. Instead, we are the cybernetic survivor who fights the demon invasion of Mars. This is continuation series that happens after the Doom II. This game might require you to travel across the UAC facility, use jet strife, and use multiple weapons to fight the enemies. It takes time for anyone to adapt to the VR setup to have a smooth gaming experience. Doom requires the users to have faster mobility, which is quite challenging for the newbies.

Again in the year 2019, Bethesda re-released some of the primary Doom games. Some of them are Doom, Doom II, and Doom III. This game is now compatible with several devices, including iOS, Android, Xbox, PlayStation 4, Windows, and Nintendo switch. The gamers have also concentrated and enhanced the game’s visuals, audio, features, and more.

It is an enhanced version of Doom 2016 by adding some extra features. The weapons have multiple features and damages that have to be used depending on the enemy’s weakness. The praetor suit has many upgrades by improving the grenades, enhanced mobility, and much more. Also, the way of showing how the enemies get damaged has been improvised. The storyline is that the doom guy is on a mission to end hell’s invasion of earth. In the process, we learn more about the Slayer’s back story, the divine Mayrk alien race, and much more. This game also has the option to play multiplayer and battle modes.

The Doom Eternal ends when the Slayer ends hell’s invasion of earth by defeating the Icon of Sin. However, the victory also resulted in the Hell forces getting diverted to conquer the Urdak where the Maykr race resides. So now, the Slayer, Samuel Hayden, the scientist, and other allies fight to save the divine race. And also, new enemies are added to the game to make it more interesting.

This version takes Slayer to Immora, the Hell capital, as it would be the final level to defeat the Dark Lord. The new level opens up to several creative scenarios. The Doom Slayer visits various planets to meet several deities and get to know more. Some enhancements in this level would be new enemies, new weapons, and much more.

How many parts or versions of Doom games in order are there in total?

The Doom games have made 16 entries, and the list also includes the re-entries.

Do we have to play the Doom games in order of the story?

How much do Doom games cost on steam?

It depends on the version and is available for $5.6 – $6 based on the game we choose.

How many doom games are available there for PS4, and its cost?

How much does Doom on Xbox One?

How to Install Amazon Prime on Samsung Smart TV 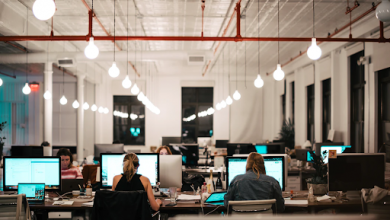 What is CotoMovies? Is it Shutdown Permanently 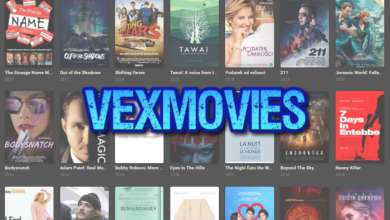 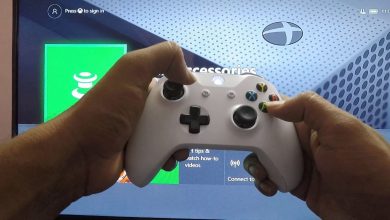