At the start of the new decade, we are on the verge of protecting our private data. By using the VPNs, you can minimize or nullify the risk of exposing your private data. Windscribe VPN is one of the medium level VPN which offers both free and paid VPN services. If you are going to buy the Windscribe VPN, read the detailed review carefully and decide it for yourself.

Windscribe VPN has two subscription plans, Monthly Plan and Yearly Plan. This VPN is one of the cheapest VPN available on the market. The Monthly plan costs $9.00 and the Yearly Plan costs $49 ($4.08 per month). If you go for longer plans, you will get a cheaper price per month.

Other than this plan, Windscribe VPN also offers a new feature called Build A Plan. In this, you can choose the location you want. Each server gives you 10GB of data and costs $1. For a minimum, you can choose two servers or you can build your plan for $2. If you want unlimited data, that costs $1. The Build Plan feature is available only on Windscribe VPN.

Windscribe VPN is supported by many platforms. For the ease of understanding, we presented those in a table format.

Windscribe VPN uses different types of encryptions on different devices. In the desktop version, they have AES-256 cipher with SHA512 and 4096-bit RSA key. In the browser extensions, they use TLS 1.2, ECDHE_RSA with P-256 key exchange and AES_128_GCM cipher.

Windscribe VPN also supports perfect secrecy policy. This means that the VPN will generate new and unique encryption keys for every session. If somehow your encryption key is cracked, only one session data will be exposed.

By default, the VPN has an IKEv2 protocol. If you want you can change the protocol to UDP, TCP, Stealth, and WStunnel.

No known hacks are recorded at this VPN. The reason being is these encryption protocols are the best protocols in the VPN market.

Windscribe VPN offers a lot of features some of which are only understandable to VPN experts. But all those features are available on the Pro version only.

R.O.B.E.R.T is a customizable server-side tool where you can choose to block unwanted information. It is an advanced DNS and IP level blocking tool that affects all your VPN devices except browser extensions. Using the tool, you can block Malware, Ad trackers, Social networks and the associated trackers, explicit content, gambling sites, fake news, and crypto miners. Other than that, you can also block individual sites by entering the domain name or the IP address.

Kill Switch is a common feature that is present in all the VPNs. This will terminate all your internet connection if the VPN connection fails abruptly. This is a safety feature in the VPN.

ScribeForce is a team account that allows you to create and manage VPN accounts of your company in one place. It costs $3 per month. Al the ScribeForce account will have the same privileges as Pro account and can be controlled in one account.

Port Forwarding is a feature that allows you to access the services of your home network remotely. In this way, you can stay connected and gain all the benefits. For torrent seeding, port forwarding can be used to get optimal speeds.

Windscribe VPN has its own ad-blocker and it can block three types of ad components. Remove ads from all the websites, block trackers that may violate your private data, and social network blocking like Facebook like buttons, Twitter tweet buttons, Google+ and LinkedIn widgets. These may track your browsing history. By blocking and removing all these ads, the website will load faster and you will get more privacy.

Windscribe VPN can unblock Netflix with ease. In fact, the VPN is having dedicated servers named Windflix to unblock the services. But the VPN is unable to bypass the Hulu and Amazon Prime‘s gro-restrictions. If you are a fan of Netflix, you will fall in love with this VPN.

With the Location Warp and P2P connection, Windscribe VPN can be used for torrenting. In torrenting, the VPN is performing very slowly. In addition to that, the jurisdiction is Canada so is it not recommended for torrenting.

On the website, it is mentioned that they won’t store any logs, IP timestamps, and session timings. They store information like when you last used the VPN and the total amount of bandwidth to impose the free trial restrictions. Even these pieces of information are not stored permanently.

Even though they claim that they are not keeping any logs the jurisdiction is the matter of concern. Canada being the 14 eye countries, is not a trustable VPN.

Without connecting to the VPN, we got the below results.

In the Auto Pilot Mode, we got

In the US Server, we got

In the US Netflix Server, we got

In Germany server, we got

The dedicated Netflix server alone is the best performing server in the Windscribe VPN. From the speed test, it is clear that the performance of the VPN is inconsistent.

The speed tests are conducted on the website speedtest.net by Ookla. If you want you can test for yourselves but the performance may vary according to the location.

The Windscribe VPN is designed and developed in such a way that it is suited for both beginners and experts. For a beginner, you just need to open the app and click the Connect button. If you want to explore the VPN, go to the Preference options. There you can see all the VPN settings. You can customize everything you want.

The VPN has a dark mode too. In the browser extension, you can also see the news feed from the VPN. The Windscribe VPN has a simple UI which is very easy to use.

Windscribe VPN for the iOS and Android apps don’t differ at all. Both the app has the same interface and design. The connecting procedures and the settings options are the same.

The support page is structured well to find the queries in an easier way. You can see the Setup Guides, FAQs, and knowledge base questions. In these, you can find the solution to your query. If you can’t you can use the search option.

In the chatbot, it won’t give you the correct solution. Instead, it will provide you with the link to your query. Still, you are not satisfied, you can mail your query through the Submit Ticket.

Subreddit help support is the new way of customer support which is absent in most of the VPNs. By clicking the Subreddit button, you will be redirected to the official Windscribe Reddit page. Here you can mention your queries and find a solution.

If you consider all the pros and cons, performance, and cost, Windscribe VPN may be the best choice for you. The VPN is definitely worth the cost. The jurisdiction is the only issue in this VPN. If you aren’t worried about the jurisdiction, you can go for Windscribe VPN. If you want your VPN away from 14 eyes, go for VPNs like CyberGhost VPN and PureVPN.

How to Install Ubuntu Alongside Windows (Dual Boot Setup) 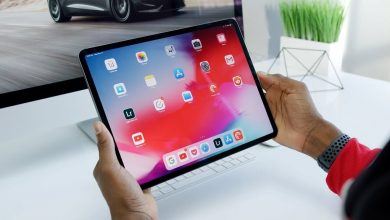 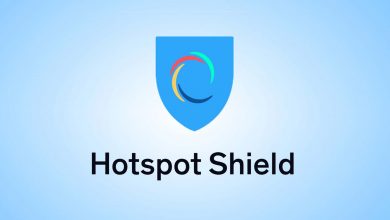 Hotspot Shield VPN Review – Is it Safe to Use? 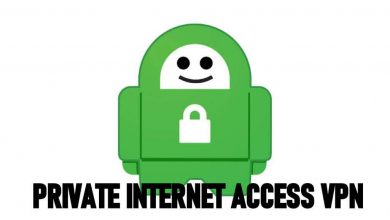 Private Internet Access VPN Review | Is it the Best? 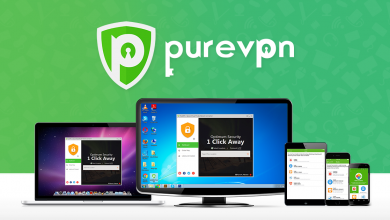 PureVPN Review: The Best VPN One Could Use