In this competitive world, games are very important to have some kind of enjoyment and to keep our mind fresh. Regardless of the device or platform, there are plenty of games available on the internet. Hence, it is difficult to find the best one. So, we have picked the 32 best games that you can download and play on your Linux machines.

Best Linux games to play on your device

Below are the best Linux games to download and install on your device. You can also the Best Linux Distro for gaming as well.

Note: Some of the games mentioned below aren’t free to play.

Founded in 2007, Team Fortress 2 is one of the oldest and best shooting games that you can find for Linux systems. Even though the game is very old, still the game receives update regularly. The main aim of this multiplayer game is to protect your company along with destroying the opponent company. You can play this game in both online and offline mode.

If you’re searching for the best multiplayer strategy game to play online, you should download Dota 2 (sequel to Warcraft 3) on your Linux system. The game is entirely free to download and play. You can also purchase a battle pass to unlock the extra features and rewards.

Moreover, it is one of the popular MOBA (Multiplayer Online Battle Arena) games available for Linux operating system.

Insurgency is a first-person shooter game available for Linux machines. There are nearly nine online modes and five co-op modes available in this game. It has a simple HUD along with minimaps and player health counters. You also have a certain amount of credits to purchase games and new features to your gameplay.

It is an online fighting game where you need to fight against the opponents robot with the own robot that you customized. Since its release, it is viral among the Linux users, especially youngsters. To make the battle more interesting, you have plenty of weapons to choose from. Even though Robocraft is free to play on Linux, you can become a premium member to buy the variables (optional).

Do you love old school deathmatch games? Download Alien Arena: Warriors of Mars and enjoy the action-packed themes along with thrilling series on your Linux. It will give you fast-paced gameplay with ten weapons, power-ups, two fire-modes and 23 maps.

War Thunder is a cross-platform simulation game available for both single-player and multiplayer modes. In this game, you have to fight with your enemies on the air. For that, you will have the armoured vehicles, naval craft and aviation used in the World War II and Cold War.

Rocket League is a soccer game developed by Psyonix. You can play this game either in single-player or multiplayer mode. It involves four players (two groups) using rocket-powered vehicles to put the ball into the goal post. Over the years, the game has become popular due to excellent graphics and overall presentation.

Developed by Warner Bros, Mad Max is one of the best adventurous games available for Linux platforms. The game involves fighting with a gang of raiders by building a vehicle named Magnum Opus. The game is all about thinking differently and exploring different places to upgrade the car. The application is only in single-player mode.

Bioshock: Infinite is yet another single-player game which involves unrealistic powers to kill the enemies. Launched on March 17th, 2015, it is the third game on Bioshock series. The games are all about finding a woman named Elizabeth, who has been confined by Zachary Hale Comstock and Songbird (flying beast).

If you’re an anime fan, then you should install WAKFU on your Linux machine. It is a tactical turn-based MMORPG game involving 18 different modes or roles to choose from. Moreover, the game is entirely free to download and play. Download this game on your machine and enjoy the role-playing universe along with action-packed and tactical battles.

Tank Force is a cross-platform tank shooter game that can be played online for free. In this game, you will find the best qualities of a tank simulator along with exciting arcade battle. You can also take part in large-scale battel with the existing tanks and modifications available in this game. Proper internet connection is enough to play this game, and it is a good inclusion for your stream library.

Xonotic is an arena-style first-person shooter game with a wide array of weapons and crips movements. In 2017, it was the most popular game downloaded by Linux users, and it is also one of the games which don’t require Steam. The game is available in both single-player and multiplayer formats.

Fishing Planet is one of the best online simulation games for Linux that can be played online for free. It is an ideal game for the avid fishing enthusiasts. Multiplayer support means you can find new possibilities and sharpen your angling skills along with your friends.

FreeCiv is yet another free strategy game for Linux. The game was developed with the inspiration from human civilization history. The free is entirely free to use. Download this game on your Linux platforms and build your empire right from the stone age.

Tomb Raider is an action-packed game involving the intense and gritty origin story of Lara Croft and her ascent. You have to survive with the raw instincts and the ability to push beyond the boundaries. Download this game and start the epic adventure of Lara on your Linux.

Tannenberg is a multi-player FPS game created with the backdrop of World War I. Inside the game, you will have the weapons, uniforms and equipment that are used in World War I. The maps are based on the real battlefields of the Eastern Front (1914-1918). There are 3 different modes available in Tannenberg: Rifle Deathmatch, Attrition Warfare and Maneuver.

If you’re a fan of Catan and Heartstone games, then combine those games by installing this game. Faeria is a strategic game where you need to defeat your enemy in the epic battles. It is one of the best Linux games that you can download under the strategy category. You can play this game in either single-player mode or multi-player mode.

Red Eclipse 2 is yet another free and fast-paced FPS (first-person shooter) game which is available for Linux platforms. Download Red Eclipse 2 and play against drones either online or offline.

Star Conflict is one of the best and action-packed multiplayer game available for Linux machines. You will have missions on both PvP (player vs player) and PvE (player vs environment). Complete the quests to collect valuable items, ships, craft modules. Fight or team up with other players to combat the evil aliens and pirates from the deep space.

Dead Maze is a 2D isometric MMO game. You have to survive in a destroyed contemporary world which is filled with zombies. To survive, you have to find life-saving supplies by joining with the other players. Cooperating with other players is very important to restore civilization after the zombie apocalypse.

Terraria is one of the best 2D survival Linux games. The game is all about exploring, creating, building and then defending. It will be more funny, challenging and engaging while playing with friends.

Kingdoms and Castles is another stimulation game on your list. You have to build and manage your city by collecting the tax from the people. Implement proper weapons on the right place to make sure that no one raids your Kingdom. Depending on your skill and castle planner, you can save the kingdom from enemies.

AdVenture Capitalist lets the player generate revenue by investing their funds on certain products. While starting, you will have only one lemonade stand. Don’t worry, you will not invest your real money. You have to use the funds which are provided inside the game.

Shadow of Mordor is one of the exciting RPG (role-playing games) you can find for Linux. The game is all about finding the truth of the spirit by fighting against the Mordor. Defeat the Sauron enemy by discovering the origins of the Rings of power.

BRAIN / OUT is a 2D multiplayer shooting game where you have to fight against the enemies with the help of different modern weapons. You can customise your loadout according to your convenience. You can improve the performance of your weapon with the help of handles, scopes, barrels, mounts, receivers, and bars.

Portal 2 is an interesting puzzle game available in both single-player and multi-player mode. On single-player mode, you will have next-generation gameplay along with the wildly-engrossing plot. Where the multiplayer mode has own plot, gameplay and characters.

Do you ever dream off becoming a billion-dollar pioneer? Download Wild West Saga and explore several business opportunities. Expand your business by collecting more patent cards.

No More Room in Hell is a first-person survival and shooting game which gives you horror experience while playing. Ranging from the diminutive .22 Target Pistol, you will have nearly 30+ weapons in the game. Once you’re bitten by the zombie, you can alert your teammates to rid your burden.

If you’re a lover of action games, you should download this game on Linux.

Dirt Rally is the best Linux game for the people who had a great interest in racing. The games included the licensed content of World Rallycross. It means you will experience breathless and high-speed thrills of some of the world’s fastest cars in both singleplayer and multiplayer races.

Slay the Spire is the last game on our list for best Linux games. It is the combination of a deck-building card game with roguelike-like gameplay. Craft a unique deck and combat bizarre creatures to discover the relics of enormous power.

Above are the best games that we recommend you to download on your Linux systems. Download and play the game which attracted you very much. At the same time, share your favourite game in the comments section.

Did we miss any of your favourite Linux game? Let us know through the comments section. We will update it in the article. Follow our Facebook and Twitter for the latest updates.

How to Uninstall Programs/Apps on Windows 10/8/7

How to Watch Amazon Prime Video on Xbox One & Xbox 360 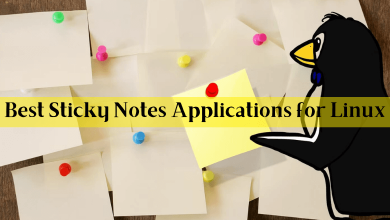 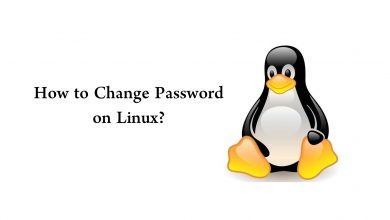 How to Change Password on Linux Laptop and PC 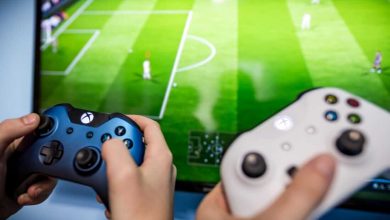