Badland is the best offline adventure game with more than 50 million users. It has a rating of 4.6 out of 5 stars on the Google Play Store.

The adventure is set on the fantasy forest with imaginative traps and obstacles. The standout feature in the game is the stunning quality of graphics and audio. Badland has a single-player, multiplayer, and cooperative mode. In the cooperative mode, you can play up to four players on the same device. This side scroller game needs some time to master, but once you get used to it, you’ll be addicted to it.

The game has more than 220 supercars and bikes to drive which includes Lamborghini Veneno, Bugatti 16.4 Grand Sport, Ducati Monster 1200, etc. You can customize your vehicle however you want with more than 2,300 decals. If you are the one who knows how to drive, you can do barrel rolls, 360º jumps, insane stunts and much more. This game has over 40 high-speed tracks from locations like Venice, Iceland, Nevada Desert. In the Career mode, Asphalt 8: Airborne has 9 seasons & 400 events with a lot of challenges.

The game is featured in Editor’s Choice and has more than 100 million downloads. It is available for free on the Google Play Store.

Alto’s Odyssey is a sandboarding adventure game with a thrilling experience. Like Asphalt 8, this is also featured in Editor’s Choice.

Alto’s Odyssey is an endless sandboarding game. The game is easy to learn, as you just need to tap when it is required. It has dynamic changes for day and night, sandstorms, shooting stars, and much more. While playing the game, you will find new secret treasures that will motivate you to play the game more. The game has six unique characters, upon playing the game, you will unlock different characters. In Zen Mode, there are no coins, no power-ups, just you and dessert, you can go as far as you can. You can pause the gameplay and take a screenshot of your gameplay.

The game has a download count of 10 million and it is available for free on the Google Play Store.

Smash Hit is a perfect time killer for you. The only rule in this game is to smash everything on your way.

The game may look simple but require immense concentration to finish the levels with perfection. It has more than 50 levels with 11 different graphic styles. It is one of the fewest of games that is available for free and with no ads on the Google Play Store. The highlight of the game is the ability to sync the music according to the gameplay. The glass breaking sounds are the finest. The music and audio effects changes from stage to stage.

Smash Hit is available for free on the Google Play Store.

2048 is a classic number game on the Play Store. You don’t need to be a math geek to play the game, as the game rolls around simple math.

In the game, there are different sized puzzles like 3×3, 4×4, 5×5 and as big as 8×8. The ultimate aim of the game is to attain the magical number 2048. You can swipe up, down, right, left to get the number. If you want, you can play after attaining the 2048 and play until the game is out of moves. It is the best free offline game for Android when it comes to size, it occupies only 2.6 MB.

2048 is available for free on the Google Play Store.

Infinity Loop is one of the best offline games for Android smartphones. It is a relaxing and endless game.

Infinity Loop is available for free on the Google Play Store.

Like 2048, Sudoku is a classic math game to train your brain. It is one of the oldest man-made games in the world dating back to 1979.

The game has four levels of difficulty – Easy Sudoku, Medium Sudoku, Hard Sudoku, and Expert Sudoku with more than 5000 levels. In the game, you will get daily challenges and 100 new Sudoku puzzles every week. Advanced Sudoku puzzles like Killer Sudoku, Letter Sudoku will also be available. The game has a clean and neat interface with easy tools to control.

Subway Surfers is the best free never-ending offline game for your Android smartphone. It was released on 24th May 2012, and after 8 years the craze for the game has never reduced.

In the game, you need to escape from the Inspector and his dog. You need to dash as fast as you can and dodge the incoming trains. Even though the game is endless, you never feel bored. The visuals and the gameplay are designed in such a way that it will push the users to play the game at any cost. Explore and run across the world of adventurous location. Subway Surfers is the perfect game to kill time.

You can install the game for free on the Google Play Store.

Limbo is the winner of the Best Horror Game award from IGN. It is a puzzle-based game with dark lights in it.

The game is set in a forest-like place with dark lights. You have to control a boy to safely cross the forest. Having duel with the giant spider is the highlighting part of the game. You need to make your move with the utmost attention as one small misstep will kill the boy in the cruellest way. It is one of the best offline action games for your Android smartphones.

The demo version is available for free and the Pro version costs $4.99 on the Google Play Store.

Angry Birds Rio needs no introduction as the game is responsible for more than 100 million downloads. It is the best offline game for Android smartphones.

Angry Birds Rio is a popular game on Android smartphones. With more than 400 levels, you will everything you need for your offline entertainment. If you finished all the 400 levels, you will get 72 bonus levels across the 12 episodes. One on one fight is also available on the game. Even though many versions of the game are available, Angry Birds Rio is the best game.

The game is not available on the Google Play Store but you can download it from other trusted sources online.

Zig Zag is a game filled with a lot of twists and turns. Though it is available offline, the graphics quality is good.

Zig Zag is a challenging game that needs immense concentration. You just need to tap when you face a turn. It may look like a cakewalk but it one of the toughest offline games for your Android smartphone. Zig Zag is an infinite game like Loop and Subway Surfers. The game has a rating of 4.3 out of 5 stars and has a download count of 50 million downloads.

Zig Zag app is available for free on the Google Play Store.

Brain Dots, the name itself suggests that the game is about teasing your brain. The game will be the best brain teaser for you.

The rules in the game are pretty simple, you just need to bump the two balls at whatever cost. You can draw lines, shapes, curves to make the red and blue ball meet. As the game progresses, you can unlock new pens. There are 25+ pens in the game. When you finish a level, you will get a screenshot of the winning moment so that you can share the picture with your friends. Brain dots has over 3 million levels.

The app is available for free on the Google Play Store.

Daddy Was A Thief

Daddy Was A Thief is one of the best free offline games on Android to pass the time. Jump as much as you can to get away from the bank staff.

In the game, you just need to swipe down to break the floor. There are no stages, no checkpoints, no finish line. While playing the game, you will get some crazy power-ups, strange characters and much more. Even though the game has no levels, you will never feel bored. The game is updated very frequently so you can have new gaming experience.

These are the best offline games for your Android smartphones. Play the games without the internet connection and kill the time. We have not rated the apps in any order as all these games listed are perfect for offline playing. Most of the games listed are continuous toppers in the list in 2019 & 2018.

If we missed your best offline game, mention that in the comments and let others know. Also, follow us on Twitter and Facebook for more tech updates.

What is Philo? Overview, Pricing and Review 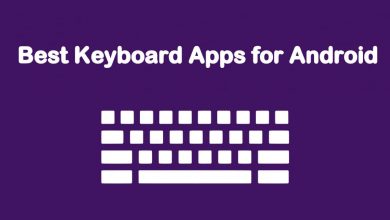 Best Keyboard Apps for Android in 2021 for Better Typing 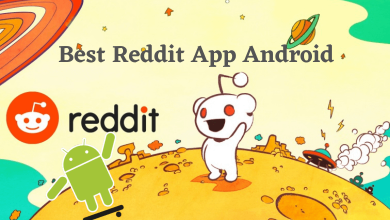 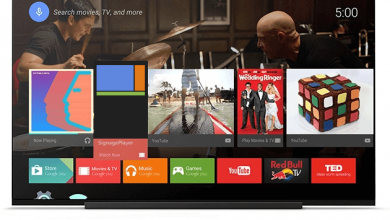 How to use Android TV for Digital Signage