Apple devices are more rigid and robust smart devices. It has the ability to run everything that is thrown into it. Apple TV has the same App Store that iOS devices use to install apps and games. Though the Apple TV is a streaming device, you can play games with it. A lot of games in the Apple App Store are compatible with Apple TV. Some of the games can be controlled by using Siri Remote and some require a joystick controller. Here are the best Apple TV games that you can play in your leisure time.

The list includes games from all the genres including multiplayer games, family games, racing, games for kids, party games and more.

Asphalt game series can never be missed in the racing games category. Developed by Gameloft, Asphalt 8: Airborne is the best racing game for any device and thus for Apple TV too.

Asphalt 8: Airborne is one of the top-rated racing games of all the time. Recently launched Asphalt 9: Legends is still not available for Apple TV. Asphalt games are known for their graphics quality and user interface. In Asphalt 8: Airborne, you get to drive more than 220 supercars from Ferrari, Bugatti. Mercedes, Audi, Ducati, and much more. With more than 50 racing tracks, Asphalt:8 Airborne is one hell of a racing game.

Asphalt 8: Airborne is available for free in the Apple App Store, but has in-app purchases.

Alto’s Adventure is a non-ending snowboarding game that can be played on Apple TV. It is one of the peaceful game that helps you to relax.

In this endless snowboarding game, you get to ride on ancient woodlands, abandoned places, alpine hills, and many places. On the course of the game, you will rescue Llamas, leap over gulfs, and grind rooftops. The ultimate aim of the game is to snowboard as much as you can. The game is filled with stunning visuals and splendid weather changes. To make the game more interesting, it has about 180 short missions to complete.

Playdead’s INSIDE is a dark themed application with intense gameplay. This game is very similar to LIMBO.

Playdead’s INSIDE game is one the best puzzle game for Apple TV. The puzzles in the game are difficult to crack. This game is not meant for entertainment purpose as it requires a lot of concentration to decipher the hidden things in the game. This game has won more than 100 awards and accolades. It has a rating of 4.3 out of 5 stars. The game supports Game Center and Family Sharing.

The game has a demo version and the full version costs $6.99

Oceanhorn is the best role-playing game for Apple TV. It was released on 14th Nov 2013.

The plot of the game is to find your father. The clue you have is your father’s old diary and a magical necklace. In the game, you get to explore the mysterious sea, dangerous puzzles, and secrets. With more than 10 hours of story, you can experience the 3D visuals and thrilling storytelling. On the course of the play, you will learn how to fight, magic, solving puzzles and collecting hidden treasures.

Oceanhorn is a premium game that costs $7.99 on the Apple App Store.

Shadowmatic, the name itself tells the type of the game. This game is based on shadows and light.

In this game, you need to produce a shadow of the required shape. To get the required shadow, you can rotate the given object in any way you want. You have to get the shapes that are relevant to the surroundings. If it is very hard to decipher the shape, you can use clues, but the clues are available in a limited number. The game has a total of 12 rooms with unique surroundings and music.

Galaxy on Fire Manticore RISING is available for Apple TV alone. It is specially developed for Apple TV.

This game is one of the best games for Apple TV in the fighting category. Fight through the three hard-hitting levels in the Story mode or fight for the global high-score in the Survival mode. Whatever you do, you need to kill the evil pirates and their hordes. Navigate your ship to the safest location thereby having combat with giants and asteroid fields. The quality of the game is that you can control the ship with your Siri Remote.

The Transistor game is the second role-playing game in this list. This game is the Editors’ Choice on the Apple App Store.

The Transistor is a science-fiction role-playing game that has futuristic weapons and stunning visuals. The game was developed by Supergiant Games. To overcome the obstacles, you can alter the combinations of your weapon with more than thousands of choices. For an easy understanding of the gameplay. it has subtitles from 9 languages. The game has a rating of 4.4 out of 5 stars.

Transistor game is available for $4.99 on the Apple App Store.

Mars: Mars is a fun-packed game with a mission to live on the planet Mars. It is the perfect game to pass the time.

With the astronaut’s spacesuits, fly to the Mars planet and discover what’s out there. You can get to explore the planet with the jetpack, take selfies, and much more. With only two buttons for control, you need to be more careful when you are landing. If you put a single step wrongly, your suit will explode. For finishing the levels, you get to unlock new characters and new locations.

Mars: Mars game is available for free on the Apple App Store.

Badland 2 is an award-winning adventure game that has a rating of 4.6 out of 5 stars. The game has a user base of more than 65 million.

The aim of the game is to survive the level with minimal deaths. You need to endure flamethrowers, magma, liquids, frost, burning light, and much more. Like Playdead’s INSIDE, it requires the utmost concentration to finish the level. The game has single-player mode and global online challenges. The graphics quality is the highlighting feature in this game. Badland 2 occupies only 129.2 MB of your storage.

Crossy Road is a simple road crossing game with cartoonish UI. Though it is a simple game, it has a rating of 4.6 out of 5 stars.

At first, you can start with the small chicken character. On the course of the game, you will unlock new characters like Baller, Pigeon, Robot, and much more. You just need to tap your Apple TV Remote to play the game. The aim of the game is to cross as much as roads you can. When you cross the roads, mind the traffic. The game also has a multiplayer mode which is more fun. It is one of the popular games in the Apple App Store.

Techowns Tip: The Best Games for Mac to Play in 2020

Apple TV users can play the best of puzzle adventure with Lumino City. The gameplay takes place in the city that is handcrafted. All the things that you see on the screen are made of paper, glue and cardboard, miniature lights, motors, etc. The player can explore the world beyond the city gates to find sky, boats, and waterwheel. You will be playing with real-world objects in each scene. For instance, you need to control windmills to get power on the house. With Lumino City on Apple TV, you can play in such a way you win the most puzzle pinball tables ever created.

Get involved in action gameplay with Dungeon Hunter 5 on Apple TV. The gameplay is an epic solo campaign in which the player will be landed in the age of chaos. It is an expansive story and the player has to hunt down the monsters through 94 missions. Dungeon Hunter 5 has a variety of environments like Valenthia to Valen Outpost. Using co-op mode, you can rally up to three other players to fight against the odds. The gameplay supports hiring friends as allies to help you along with the battle. Choose to use between 900 pieces of weaponry and armour, unleash hundreds of spells and skills. In addition to this, you can master the Elements by strategically using the spells and gear for each mission. Build, defend, raid and take new challenges throughout the gameplay.

With Sonic the Hedgehog Classic, you can get involved in action adventurous gameplay. It is one among the best Apple TV games in which the player has to run, spin and race through loop-de-loops. In the gameplay, you should defeat the enemies while collecting the rings to save the world from the evil Dr Eggman. It is a classic game that has been optimized to work on Apple TV. The player has to challenge himself while playing in an all-new Time Attack mode. Sonic the Hedgehog Classic features the new playable characters called Tails and Knuckles. The player can use their ability to fly, climb, and glide to explore different levels in an all-new way. You can compete to claim leader boards and those premium users can play it in offline mode. It requires MFi compatible controllers to play on Apple TV.

Get Duet Game, one of the best Apple TV 4K games. It is a casual game that lets you experience hypnotic trance. The gaming rules are simple and all you need is to control two vessels in sync to survive against all odds. It’s nine chapters are deceptive narrative and gives nerve twisting gaming experience. Players can replay any stage to get the perfect movements to unlock 25 game centre achievements. With the eight new epilogue chapters, you will experience a whole new narrative for about 40 new stages.

If you want to play arcade-style games on Apple TV, then subscribe to Apple Arcade games. It is Apple’s premium subscription gaming service to feature a large collection of arcade games. With Apple Arcade, Apple TV users can download as many arcade games and play for an unlimited time. Most games in this service can be played using the game controller like DualShock 4 or Xbox One controllers. Since it is available for iOS devices, the users of Apple Arcade can carry over in-game progress in all the devices that are linked to the same iCloud account. Some of the popular games included in Apple Arcade includes Lego Brawis, Skate City, Dodo Peak, etc.

Hope this section has let you easily choose the best Apple TV 4K games effortlessly. Playing any of the best games on Apple TV is simple and gives real fun. You can choose any of them to stay occupied for hours. If you don’t want to spend too much, then get Apple Arcade to play unlimited games at one low cost. Some of them are free and offers in-app purchase while others are premium games.

Did we miss any of the best Apple TV games, let us know in the comments below. Follow us on Twitter and Facebook for more updates. 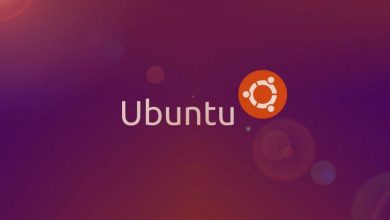 22 Best Ubuntu Apps You Must Have in Your PC 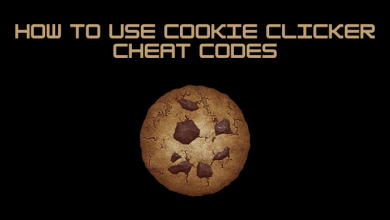 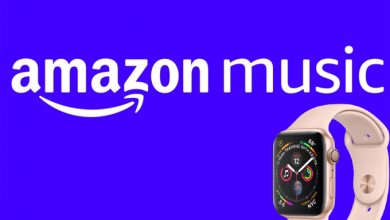 Amazon Music on Apple Watch: How to Install & Listen