Xbox One is Microsoft’s eight-generation console and is one of the most preferred home video gaming consoles. It is widely preferred for playing games with the help of Xbox One controller. Microsoft Store has hundreds and hundreds of games for all types of users. The games are categorized under different genres from FPS to time tested classics and lots more. In addition to this, there are lots of backward compatible titles too for the Xbox. No matter which genre of games you want to try, there is something for everyone. Among the biggest collection, it is really a difficult job to find the best. But need not worry as we have covered your concern and listed the best games for Xbox One S and X consoles.

Best Games for Xbox One

The top gaming recommendations for Xbox One includes the following titles.

Use your Xbox Controller to start building on the randomly generated world on Minecraft. It is one among the best games on Xbox One based on sandboxing in which the player has to explore the procedurally generated 3D world. You will need to find and extract raw materials, craft tools, and build structures or earthworks. Player needs to explore new tools, location and spaces while playing the game. Minecraft has different game modes like survival, hardcore, creative, adventure and spectator mode. The player has to start building from the simplest things like home and gradually get involved in building the grandest castles. The world is yours and you should prepare to adventure, build, mine, battle and explore.

Get involved in FPS with Doom Eternal on Xbox One gaming console. It is all about the Doom reboot that took place in 2016. The gameplay is fluidic and more dynamic in nature. It has lightning-fast, competitive gameplay with multiplayer battle mode. As a player, you should fight to save humanity. Get the latest demon-killing tech with the Slayer’s advanced Praetor Suit. Doom Eternal gameplay provides slayer threat at the maximum level and the player can upgrade the mods and guns. The player should kill the demons by staying alive. To become the ultimate demon slayer, you should get extra health by glory kill, chainsaw demons and stock up ammo. The game takes place in the never before seen worlds like space, hell, and anywhere.

Get Red Dead Redemption 2, one of the Xbox one’s best game to play an epic tale at the beginning of the modern era. It is an action-adventure game that takes place during the decline of American frontier and the former outlaw’s wife and son were taken hostage by the government in ransom. It is played in the third-person perspective in an open world and the players can interact with the game world as per their need. You need to travel the virtual world by horseback or on foot. It involves gunfights that uses gunslinger gaming mechanic called Dead Eye. With which, you can mark multiple shooting targets and attack the enemies in slow motion. Red Dead Redemption 2 is based on the mortality system and thus the player’s action will affect the character levels on the game.

If you love shooting games, then get Gears 5 on Xbox One to get involved with it. It is a third-person shooter game that supports playing as a single and cooperative gameplay. Gears 5 has five thrilling modes and the player has to perform the deepest campaign. The player has to play as Kait Diaz to uncover the origins of Locust and Kait’s family. You should outrun the bomb and outsmart Swarn to escape the Hive. Escape is a three-player suicide squad that will work to take out the enemy hives from within. The players can even create custom Escape hive maps and experiences to share and challenge your friends. Teams should rack up points to trade superior weapons. There are ten plus game types with classic and new maps. Versus on Gears 5 will reward for every competitive style from casual to pro.

Xbox One has yet another best first-person shooter combat called Destiny 2. On the gaming environment, the player has to explore the mysteries of the solar system to unleash elemental abilities to battle against the powerful enemies. Player has to create Guardian and collect unique armours, weapons, and more. In addition to all these, Destiny 2 supports customizing your look on the gameplay. Destiny 2 also supports personalizing your combat style by collecting weapons and armours. Use a co-op mission to play with other Guardians or compete against your friends in different PvP modes. The player has to play Destiny 2 in such a way to protect the last city of humanity against the dark forces. You can choose between armoured Titan, mystic Warlock and Hunter while playing.

Get Fortnite on Xbox One to get involved in a multiplayer game. As a player, you will get the role of a spy. You should join the forces to save the island that has been taken over the covert operatives called Ghost or Shadow. Play Fortnite on Xbox One to discover top-secret locations and hideouts all throughout the island. Join with limited time operations to infiltrate enemy bases, neutralize the henchmen guards, and play against their leaders to get powerful weapons. Fortnite has hideouts with the secret passage and you can surprise your enemy on the gameplay. Upon earning 100 rewards, you can get access to customization of missions, new bonuses to battle pass outfits, etc.

If you love fantasy gaming on Xbox One, then Dragon Age Inquisition is all you need. It is an action role-playing game that takes place in the land of Thedas. Due to the cataclysmic event, the land of Thedas gets into turmoil. As a player, you should take the role of Inquisitor and travel to settle the civil unrest. You will be given the ability to stop demon flooding into the land of Thedas. Use swords and magic to defeat enemies, complete side quests, and progress through the main story. Despite this, you will be given the ability to interact with the non-playable characters in the Dragon Age Inquisition gaming environment. Just control the protagonists in the third-person perspective to explore hidden caves, monumental creatures, and shape the world based on your play style.

With Stardew Valley on Xbox One, you will get involved in simulation role-playing. As a player, you will be given the role to inherit your grandfather’s old farm in Stardew Valley. You will be given with hand-me-down tools and few coins at the start of the game. Stardew Valley is all about turning overgrown field and thereby create a farm of your dream. You should learn to raise animals, tend crops, go fishing, craft items, and more on the farm. Befriend 30 residents and become part of the local community. At times, you will even find someone with whom you can start a family. Despite this, Stardew Valley gives you the option to explore vast and dangerous caves with monsters and treasures.

Get involved in action role-playing game on Xbox One with Fallout 4. It is the fourth main game in the Fallout series in which the player will assume to control the character named Sole Survivor. The gameplay takes place in the post-apocalyptic world in the city of Boston and its surroundings known as The Commonwealth. Fallout 4 has interesting characters and storytelling with the best game mechanics. It is the shooter action game in which the Sole Survivor’s job is to search for the missing child. The gameplay takes place in a dilapidated world by completing quests, factions, and get experience points to level up. Meanwhile, the player has to develop and manage the settlements and extensive crafting system.

Explore the whole world with The Witcher 3 – Wild Hunt, one of the best games for Xbox One X. As a player, you should play as a highly trained monster slayer to become a monster slayer. It is the most critically acclaimed role-playing games on the visually stunning fantasy world. The player will be trained from early childhood and mutated to gain strength, superhuman skills, and reflexes. The role of the player in The Witcher 3 – Wild Hunt on Xbox One is to find the child of prophecy in the wast open world. You have to pass merchant cities, pirated islands, forgotten caverns, and dangerous mountains to pass through. It is a game built for those who want to indulge themselves in the endless adventure.

We hope the Xbox One exclusive game titles listed here have quenched your search for the best titles. Ensure you have these best games on Xbox to get lost in the virtual world for hours. Start with the single-player game or opt with the multi-player to start playing with others. With Xbox One on hand, these gaming titles will let you spend your time better on your comfort space.

What are your favourite Xbox One games? Drop-in your comments below. Visit Facebook and Twitter to stay up-to-date with the latest article updates.

How to Right Click on a Mac in 5 Different Ways

How To Watch Apple TV on Any Device You Have 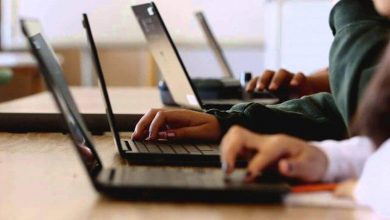 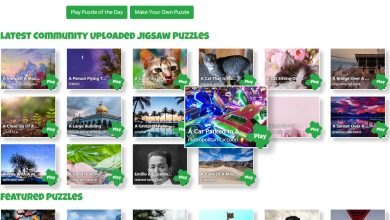 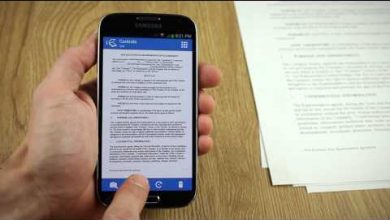 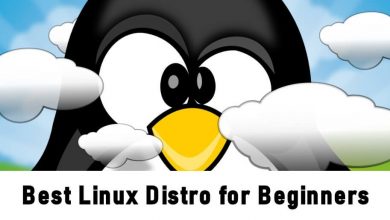