When it comes to programming languages, Java is not only easy but it also robust. It is the third-most used object-oriented programming language ever. There are loads of integrated development environment or IDE’s available with native Java support. With this, Java has been the most preferred choice of language when it comes to developing apps for the desktop, mobile, and web. Let your need to be anything, having a Java IDE on Windows will level up your productivity. Get to know the best Java IDE for Windows PC in brief right from this article.

Factors to look on the Best Java IDE

If you are about to get the best Java IDE for Windows, then consider the following factors as listed.

Techowns Tip: How to Install Ubuntu Alongside Windows?

You may choose NetBeans, an open-source IDE based on Java. It is one of the best IDE for Windows to extend the support for multiple languages including JavaScript, PHP, C/C++, HTML5, etc. So, NetBeans supports developing almost all types of Java apps. Further, the users can make use of the templates, wizards, and editors to create apps in PHP, Java, and other languages. It has a rich set of community provided plugins and is modular in design. NetBeans IDE is currently available as Distribution License, Common Development, and General Public License. By highlighting the code syntactically as well as semantically, the programmers can build custom software apps using the Java editor.

One most popular Java IDE for Windows developed especially for the beginners includes BlueJ. It is free, open-source and aims to support educational and learning purposes. So, the design differs from most of the Java IDE. Apart from this, BlueJ is used in developing small scale software. The interface of BlueJ Java IDE is interactive and easy to use. For instance, it represents the class structure graphically and uses boxes to represent the classes. Thus, experimenting with objects under development is easier with the BlueJ IDE. The built-in editor of this IDE lets the developer scan the code visually and thereby create dynamic objects.

Those Windows PC users can opt to Eclipse, a free Java IDE suitable for both programmers and developers. Besides Java, it supports C/C++ and PHP. Eclipse has a rich community and it supports combining multiple languages into any default packages. With this, the Eclipse marketplace supports customization and extensions. It is an open-source IDE and is available as desktop and cloud editions. The cloud version is called Eclipse Che and with this, the developers can develop apps through the web browser. Eclipse supports multiple languages through plugins and they include C/C++, Groovy, Clojure, Perl, Ruby, JavaScript, Scala, PHP, Julia, and Rust. Above all, Eclipse features powerful tools support for modelling, charting, reporting and testing.

Those looking for a commercial Java IDE can choose Codenvy. It is built on the cloud edition of Eclipse called Eclipse Che. In other words, Codenvy is a cloud workspace for the development teams. It has portable Docker run times and the users can use it to develop code. Currently, Codenvy is available as three different variants and it can be used by the developers, enterprise and team. Apart from Java, this IDE supports interpreted and compiled programming languages like C/C++, PHP, and JavaScript. It has included the support of powerful feature like refactoring, code completion, syntax highlighting, and more. Codenvy Java IDE for Windows lets the programmers build, debug, edit and run different projects effortlessly.

If you want a lightweight IDE for Windows PC to write Java programs, the DrJava is all you need. It is a useful tool for those students and beginners. So, it doesn’t function just like any powerful Java IDE’s. The interface of DrJava is intuitive, clutter-free and will evaluate the Java code interactively. It supports evaluating the Java code right from the console and provides the output to the same console. You may use DrJava as a source-level debugger and as the unit testing tool. The program editor of the DrJava is powerful and thus it works in such a way to satisfy all your requirements. Programmers will find features like finding or replace, go-to line, etc, as the most useful features in DrJava IDE.

With IntelliJ IDEA on Windows, those developers can maximize productivity. It is designed to be lightweight in nature and is used mainly in Android app development. Further, IntelliJ is used for Java programming, Java SE, Scala, and Groovy. It is a useful tool for the developers to work on the Java code deeply. With this, they can perform language injection, chain completion, smart and static member completion. It predicts your requirements and automates any tedious tasks. The support for cross-language refactoring and data flow analysis is one of the most notable features of IntelliJ IDE. It is available as a community and ultimate edition.

Learning and teaching Java programming is easy with Greenfoot, a Java IDE for Windows. It is developed primarily to help high school and undergraduates to learn object orientation with Java. Greenfoot IDE is an interactive and visual IDE and all the tools are built into the environment. It is a full IDE and has project management, syntax highlighting, etc. With Greenfoot Java IDE, it is easy to develop two-dimensional graphical apps like interactive games and simulations. Those leaner community can make use of a community site called Greenfoot Gallery to publish and discuss the projects. Similarly, educators can make use of Greenroom to discuss teaching strategies and thereby share materials.

If you want Microsoft Visual Studio like interface, then you can use JCreator IDE. It is not only a lightweight Java IDE but is more efficient and reliable. As it is developed using C++ program, its performance will be faster than other rivals. So, it is a perfect IDE for the programmers of any level including beginners to Java specialists. JCreator has a wide range of functionalities like project management, template, code completion, debugger interface, and more. Above all, the user-interface of JCreator IDE is fully customizable and the developer can use it as per the need.

Yet another Java IDE for Windows PC includes jGRASP. It is a lightweight IDE to feature integrated workbench and debugger for the developers. jGRASP specifically deals with the automatic generation of software visualizations. With this, the overall comprehensibility of the software will be improved. During the runtime, it will provide the static visualizations of source code structure and data structures. It provides control structure diagrams for the programming languages like C/C++, Python, Ada, Objective-C, and VHDL. Besides Java, jGRASP can be used as a source code editor for other programming languages.

There comes the end of this article. Despite the availability of plenty of Java IDE for Windows PC, we have carefully analysed and given our handpicked collection. Almost all of them are open-source except a few and is useful for all type of users. You can pick anything from the above list to start creating apps by creating programs.

Is there any more best Java IDE for Windows PC we have left off? Share it with us. For more useful articles, you may also stay tuned with our Facebook and Twitter page.

How to Remove/Delete Directory in Linux

How to Install Sling TV on Apple TV? Wake on LAN Not working [Windows 10 and Ubuntu] 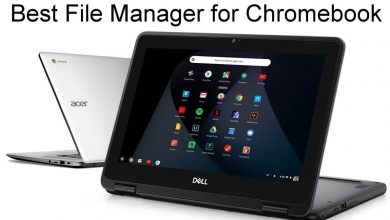 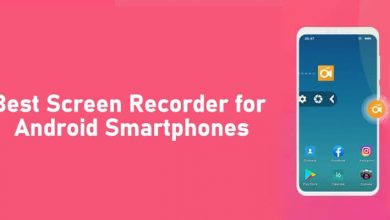 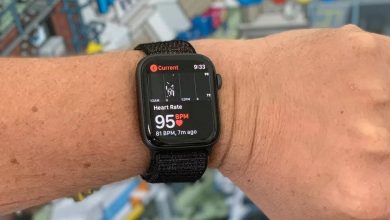