Ubuntu is one of the user-friendly Linux distribution and it is the best for beginner users. The installation and setup process is pretty easy. In Ubuntu, you can install files manually just with a single line of code. To install pip on Ubuntu, only a single command is needed. If you want to install pip on Ubuntu and don’t know the command, this article will help you.

Most of the programming languages like Java uses software packages as the tool to run and execute the code. Like that, Python uses pip to run and execute codes. Without pip, you can’t work with Python codes. pip stands for Package Installer for Python. It is used to install and run packages from the Python Package Index. It is command-line based package management application, mostly used to manage software written in Python language.

Techowns Tip: How to install Python on Linux?

How to install pip on Python using the Terminal Window?

(1) Open the Terminal window and execute the below command to update the packages.

(3) If you want to install pip for Python 3, execute the below command.

(4) After that, check the installation if it is installed correctly.

(5) This will show you a result similar to the one mentioned below.

How to use pip commands?

Now, that you have installed pip on your Ubuntu, use some basic pip commands.

This command will list all the pip commands and tools.

If you want information about the specific command, type,

If you want to install packages, type and execute the command,

To update a package, type,

Techowns Tip: How to install Java on Ubuntu?

These are the thing that you need to know to install pip on Ubuntu. Use the basic commands to learn about pip if you are a beginner. When you get used to it, start developing Python applications. Begin your Python journey from here. If you have any doubts, tell us in the comments section.

How to Recall an Email in Outlook in Easy Steps

How to Fix Apple TV Not Working on Roku

How to Stitch Videos on TikTok in 2022 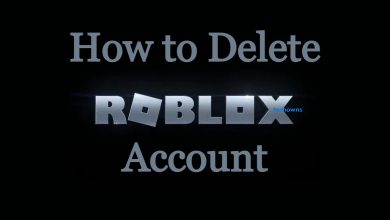