Screenshots are very helpful in various ways. With the help of screenshots, you can demonstrate a process, explain the issue, report an error message, note-down important things, and more. When it comes to Windows laptops & computers, there are plenty of ways to take a screenshot. You can use the keyboard shortcut or built-in Snipping tool to capture the entire screen or required portion of Windows with ease.

Apart from that, you can install various third-party tools to capture and enhance the screenshots with advanced editing tools. It includes both free and premium tools.

How to Take Screenshots on Windows PC Using Keyboard Shortcut

Keyboard shortcuts are the easiest way to capture your screen in all Windows versions. It includes Windows 7, Windows 8.1, Windows 10, and Windows 11.

Press the Print Screen key on your keyboard to screenshot the entire screen. On some keyboards, you need to press the Fn key along with Print Screen to take a screenshot.

By default, the screenshot will be stored on the clipboard.

Launch the Paint app and press the CTRL + V keys to paste the image. Now, customize the image with the various editing tools available on the paint and save it to the desired location.

Press the Alt and Print Screen keys simultaneously if you want to take a screenshot on the active Window. The screenshot will be copied to the clipboard automatically.

Open the Paint app and paste the screenshot to save it on your device.

Instead of saving screenshots with the Paint tool, you can directly save the screenshots on your Windows computer by using the Windows + Print Screen keys.

By tapping those keys, your entire screen will be captured, and the screenshot will be saved on the following location automatically.

Snipping Tool is a built-in tool available on Windows computers (Windows 10 – Snip & Sketch) to take screenshots. Unlike the keyboard shortcuts method, you can take screenshots in four different modes:

Another advantage of this method is that you can set a timer to take a screenshot. You can configure it to Snip the screen after 3 secs, 5 secs, & 10 secs.

Launch the tool by pressing the Windows + Shift + S keys simultaneously. Or, head to the Start menu and search for the Snipping Tool to launch it.

By default, it will open with the rectangle mode. Choose the mode you want and take a screenshot. After taking a screenshot, a notification will appear in the bottom right corner.

Select the notification, and the Screenshot will open on the Snipping Tool image editor automatically. The editor has basic editing tools like

After editing the image, tap the Save icon and save the image to the desired location. Right from the Snipping Tool editor, you can also share the screenshot via Onenote and Twitter.

It is a built-in tool on Windows computers to take a screenshot while playing games. You can also use it to record your gameplay.

First of all, ensure that the Game bar is enabled on your Windows computer (Open Settings → Gaming → Xbox Game Bar → Turn on the toggle).

Now, press the Windows + G keys to open the Game bar. Tap the Capture icon on the menu bar and choose the Camera icon.

The tool will take a screenshot of your current window, and you can find the image at the following location. By default, the image will save in the PNG format.

As you can see, the Paint and the Snipping Tool image editor lacks several image editing tools. You can’t use them to enhance your screenshots. At the same time, you can’t take Scrolling Screenshots with the above methods. Hence, it is advisable to use trusted third-party tools to capture the important things on your screen.

There are plenty of screenshot tools available online. We have listed the top five free tools that are widely accessed by people across the world.

ShareX is a free and open-source tool that you can use to take screenshots and record your screen on Windows. Apart from Windows PC, it is also available for the Mac platform.

How to Use ShareX on Windows:

2. Run the file and install the tool on your PC.

3. Launch the tool, and it will display all the hotkeys on the home screen.

4. Tap the Hotkey settings on the left-side menu pane if you want to customize the hotkeys.

5. Now, take the screenshot by pressing the necessary hotkeys.

6. The screenshot will save on the Documents/ShareX Screenshots folder automatically.

It is a lightweight screenshot tool to install on Windows. Like ShareX, you can get a link to share the screenshot on the internet.

How to Use Lightshot on Windows:

1. Visit the official site of Lightshot and install the app on your Windows.

2. Click the Lightshot icon from the Action center. You can also choose the shortcut Key of the Print Screen.

3. Capture the region you want.

4. The Lightshot will display the editing tools to customize the image.

5. After annotating the screenshot, save the image to your PC.

Greenshot is another light-weigh screenshot tool for Windows. By downloading this tool, you can capture the entire window or screen.

How to Use Greenshot on Windows:

1. Install the Greenshot Screenshot tool on your computer or laptop.

2. Upon installing the app, the Greenshot icon will appear on the Action Center.

3. Right-click on it and choose the screenshot mode (Region, Last region, Window, Full screen, Internet Explorer). Alternatively, use the shortcut keys mentioned next to the mode.

4. Capture the region you want, and it will display different options.

6. To configure the default location and image format setting, right-click the Greenshot icon on the Action Centre → Choose Preferences.

Duckshot is the next one on our list. Like other tools, it comes with a built-in editor to enhance the screenshot.

How to Use Duckshot on Windows:

1. Install the Duckshot tool on your computer.

2. Press the Print Screen key on your keyboard and drag the edges to the required position. Use the available tools to enhance the screenshot.

4. Here, you can resize the screenshot by manually entering the required size.

5. Tap the Save icon and the image will be saved to the Pictures/Duckshot folder.

PicPick is an all-in-one tool to download on Windows. You can use it as a screen recorder, color picker, image editor, and more. It also has premium version but the free version is more than handy to take screenshots.

How to Use PicPick on Windows:

1. Install the PicPick tool on Windows by downloading the .exe file from its official website.

2. After installing the app, click the PicPick icon on Action Centre.

4. Upon taking the screenshot, the image will open on an editor. It will look similar to the Microsoft Word dashboard.

5. Edit the image with the available tools and save it to the desired location.

How to Take Screenshots on Microsoft Surface

Like smartphones, you can easily take screenshots on Microsoft Surface by pressing and holding the Power and Volume Down buttons. Microsoft Surface also has a built-in Snipping Tool, which you can launch by simply tapping on the Windows + Shift + S keys.

How to take a screenshot on windows without Print Screen?

Using the Snipping tool and third-party screenshot tools is the best way to take screenshots with Print Screen. On third-party tools, you can configure the required hotkeys for taking screenshots.

How to take screenshots on Windows with a Mac keyboard?

How to Restart LG Smart TV With or Without Remote

How to Update Roblox on Your Mac Device 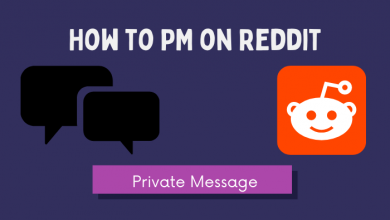 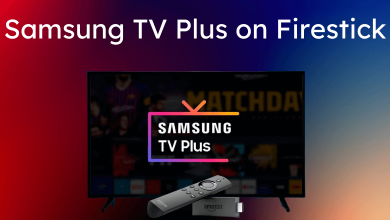 How to Stream Samsung TV Plus on Firestick 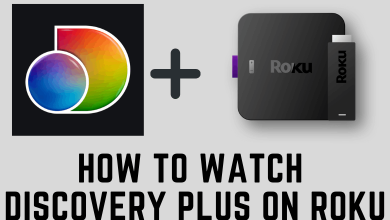 How to Install and Watch Discovery Plus on Roku 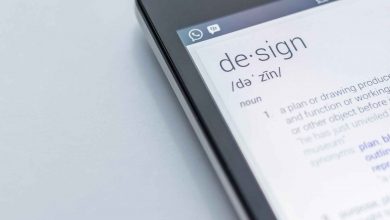 10 Ideas to Improve Your Transcription Efforts