Uncharted is an Action Video game franchise from Sony Interactive Entertainment. They have been producing games featuring treasure hunters. These treasure hunters travel to different places to uncover historical mysteries. Even though the characters in the game are fictional, the game features real historic events and figures. The first game of the franchise was released in 2007. Since then, there have been seven titles of Uncharted in the series. If you’re a new user to playing Uncharted games, you must know them in order of their release date and details about each.

The first edition of Uncharted Games was critically acclaimed for its character development, animation, music, and graphics. Therefore, more editions of the game were added to the list.

Uncharted: Drake’s Fortune is the first game in the game series developed by Naughty Dog. It features the story of Nathan Drake. He goes in search of the lost treasure of El Dorado. It is a three-dimensional game that includes shooting. You can pick up ammunition from different places in the game. Drake’s Fortune was well-received during its release because of its best production and technology. The main reason for the game to have multiple sequels is its grand success.

Uncharted 2: Among Thieves, developed by Naughty Dog is an action-adventure game. It features Drake two years after his adventure in the Drake’s Fortune. It supports both a single-player and a multiplayer mode. In this series, Drake is accompanied by Chloe Frazer and Elena Fisher. They set off in search of the Cintamani Stone and Shambhala. This series gets its inspiration from Marco Polo’s expeditions. It has better character design, graphics, and storytelling. Also, it has won a few different awards including the game of the year award.

Uncharted 3: Drake’s Deception is the third game in the Uncharted series released in 2011. This game tells the story of Nathan Drake who goes on a search for the lost city of Iram of the Pillars. In this version, he is accompanied by Victor Sullivan, his friend, and mentor. At the same time, they battle a mercenary group led by Katherine Marlowe, the former employer of Sullivan. This version has new add-ons including ammunition and gameplay. Drake’s Deception was praised for its story, graphics, writing, and quality. For the same reasons, it received multiple awards and was successful commercially as well.

Uncharted: Golden Abyss was developed by Bend Studio and launched for Play Station Vita. It was released in Japan in 2011 and in other countries in 2012. Golden Abyss is a prequel and the time frame is before Drake’s Fortune. The series portrays the search for the lost city of Quivira. This time, he is accompanied by Maria Chase, a treasure hunter. You need to solve puzzles and fight enemies to complete the mission of the Golden Abyss. Also, you need to travel through different paths to collect treasures. Like its previous versions, Golden Abyss was accepted and praised for its gameplay.

Uncharted: Fight For Fortune was developed by Bend Studio for PlayStation Vita. The game features cards themed after its characters, scenes, and objects that you can collect. Using these cards, you can reduce the health of your opponents. In the end, you can place a card in one of five slots. Additionally, there are treasure cards that will award you more points. It has both single-player and multiplayer tiers. However, the game has received both positive and negative responses.

Uncharted 4: A Thief’s End tells the story of Drake several years from the time frame in Drake’s Deception. Drake is now retired and his brother is presumed dead. However, he partners up with Victor Sullivan to search for the long-lost treasure of Henry Avery. It has a single-player mode where you can solve puzzles and use firearms. At the same time, a multi-player mode features ten players in both cooperative and competitive tiers. Just like the previous Uncharted games, it has an excellent narrative, gameplay, visuals, and multiplayer mode. Also, it was a commercial success and a best-selling PlayStation 4 game.

Fortune Hunter is the very first mobile version released for iOS and Android smartphones. It was basically a puzzle game that gives you rewards to unlock. However, the developer discontinued the game on both platforms from March 2022. You can’t download the game on your devices. Current users can keep playing without deleting the app. On top of that, only the offline tier is available with no new in-app purchases and treasure maps.

The Lost Legacy is an expansion for Thief’s End. In this version, you get to play with Chloe Frazer as it doesn’t feature Nathan Drake. Chloe lost her father in a similar mission to bandits. The story develops in the Western Ghats mountain ranges in India. Chloe is accompanied by Nadine Ross this season. They are in search of the legendary Tusk of Ganesha. At the same time, a civil war is in its initial stage because of a warlord. You need to solve puzzles traveling through towns, buildings, and temples. The game has a great fanbase making it successful enough.

Other Popular Games in Chronological Order

Do you have to play Uncharted games in order?

Since the different seasons of Uncharted have different mysteries, you don’t need to play Uncharted games in order of story or order of release. You can start from any season you have access to.

Can I play the Uncharted game on Xbox Series X?

How to Use Full Screen Mode in Firefox [Windows & Mac] 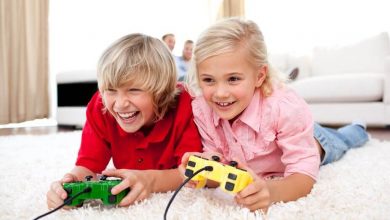 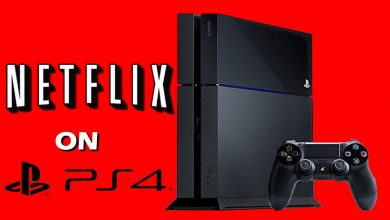 How to Watch Netflix on PS4 & PS3 Consoles 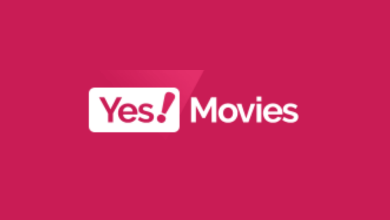