Yakuza (Like a Dragon) has published a sequence of action-adventure-themed games. The plot of these role-playing games got its inspiration from Yakuza films. The game’s lead character is Kazuma Kiryu, a former member of the Tojo Clan. When the very first game of the series was available in 2005, the fans fell in love with the game. For the same reason, the game has seen sequels, remakes, prequels, and a spin-off. Apart from Kiryu, the game portrays more charismatic characters with mind-blowing stories. Moreover, each edition of the game comes with a better and expanded map featuring the area of play. The game features mini-games like golfing, karaoke, poker, and bowling. The best thing about Yakuza games is that you need to play them in any particular order. You can select and play the one you want.

Yakuza Games in Order of Release

Here, the Yakuza games are arranged in the order of release date.

The first game in the series is Yakuza of 2005, released in Japan. However, international fans started playing this game in 2006. The game was initially available on PlayStation 2 alone. It tells the story of a Yakuza member named Kazuma Kiryu, who serves a prison sentence of 10 years for a crime he did not commit. Also, he has to leave the Tojo Clan for the same reason. When his prison sentence completes, he comes to know that the criminal underworld is searching for the Tojo Clan’s stolen money. Also, he learns that they are targeting an Orphan girl, Haruka, who owns the key to the lost money. Kazuma decides to protect this girl while searching for his lost friend Yumi.

The Second addition to the Yakuza series was released in 2006 in Japan. Also, it was made available in the international market by 2008. The game is available for playing on PlayStation 2, PlayStation 3, and Wii U. It is a single-player game with the lead character Kazuma Kiryu. In this version, he receives a request from the Tojo Clan to help them prevent a war with the Omi Alliance. However, the son of the chairman of the Omi Alliance refuses to stabilize the relationship. This new version has more updates, including English audio. Moreover, it has more gameplay features and tells a deeper love story, unlike its predecessor.

Yakuza 3 was released for PlayStation 3 in 2009 in Japan and by 2010 in the international market. Unlike the previous games, the third version has a broader map with a new location Ryuku. Also, the map comprises real-life places. This single-player action-adventure game is available on PlayStation 3, PlayStation 4, Microsoft Windows, and Xbox One. The main story of the third series of Yakuza has12 mini-chapters. Also, the main story has 103 different and unique side stories or sub-scenarios. These sub-stories have two class divisions, the Mission class and the Hitman class.

The fourth addition to this game series was released in Japan in 2010 and to the remaining international market by 2011. It was initially available on PlayStation 3 and now has support for devices like PlayStation 4, Xbox One, and Microsoft Windows. Like the previous series, it features Kazuma Kiryu in a time frame that happens a year after Yakuza 3. In this series, you can find mini-games like table tennis, karaoke, fishing, and more. Yakuza 4 has an even broader map with three new locations. Also, the series features three new protagonists.

The next addition to the series was the Dead Souls, released in 2011 in Japan and by 2012 in the international market. This action-adventure-horror-survival-thriller game features Zombies. The residents of Kamurocho become zombies and spread the plague by biting the other residents. While the residents are in quarantine with no idea about the source of the plague, someone kidnaps Haruka. You can choose to play as four different characters in the game, and each character plays four chapters. Finally, you can play Kiryu in the 17th chapter. The game received positive reviews for its well-developed plot.

Yakuza 5 was released in late 2012 in Japan after the success of the Dead Souls. It was later released worldwide in 2015 and had support on PlayStation 3, PlayStation 4, Windows PC, and Xbox One. The game has new updates, including a new graphics engine, unlike its previous games that share the same engine. It features five main characters that you can play with. Also, the gameplay has two modes, Adventure Mode and Combat Mode. In Adventure Mode, you can explore along with the map and participate in the mini-games. The map in the series is bigger with more details and locations. The game received positive reviews in both Japan and the international market.

Yakuza 0 is the sixth addition to the Yakuza series but plots at a time frame before the series starts. This prequel series was published in Japan in 2015 and in the international market in 2017. We can play the game on PlayStation 3, PlayStation 4, Microsoft Windows, Xbox One, and Amazon Luna. The game has a third-person perspective and plots the period of December 1988 to January 1989 on a fictional map. The main characters of the story are Kazuma Kiryu and Goro Majima. At different points of the story, you alternate between these two characters. The mini-games of the series are more attractive as it includes Arcade-style games like Out Run, Fantasy Zone, and Space Harrier.

Yakuza Kiwami is a remake of the first game in the series, Yakuza. It was released in Japan in 2016 and to the rest of the international market by 2017. We can play the game on PlayStation 3, PlayStation 4, Microsoft Windows, and Xbox One. This series retells the story of Kazuma Kiryu, who spends time in prison for his boss’s crime. However, it is a better and more enjoyable version because of its new features. The gameplay resembles Yakuza 0. When you defeat the enemies, you can earn money and experience points. With the experience points, you can upgrade your character with new techniques and extend the health bar. The Combat Mode of this game has different fighting styles like Brawler style, Beast style, Rush style, and Dragon style.

Yakuza 6: The Song Of Life

Yakuza 6: The Song Of Life is one of the most popular entries in the series that came out in Japan in 2016. It was later released to other countries in 2018. It is one of the last games to feature the main protagonist Kazuma Kiryu. He spends another three years in prison for the events that happened in the prequel. The game has support on PlayStation 4, Microsoft Windows, and Xbox One. One of the most important additions in this series was the Extreme Heat Mode. In this mode, the protagonist can resist attack as long as the heat remains. There are no additional characters to play with in this sequel. The map featured in the game is more extended with a new city of Onomichi.

Yakuza Kiwami 2 was released in Japan in 2017 and to the rest of the international market by 2018. The game has support on PlayStation 4, Microsoft Windows, and Xbox One. This is a remake of Yakuza 2, the second edition of the series. Even though the plot is the same, it has better gameplay. It has a third-person perspective, and you can play with the protagonist Kazuma Kiryu. The gameplay has similarities with Yakuza 6, but with more moves and effects. The game was well-received by the critics. During its initial week, it topped the chart of best-selling games.

The Yakuza remastered collection includes Yakuza 3, Yakuza 4, and Yakuza 5. You can play the games in 1080 p and at 60 frames per second. The games had previously been released digitally. This physical edition was released for PlayStation 4 on February 11th, 2020. Later, it was released to play on more devices, including PC and Xbox One. The fans well received it as the games were suited for playing on other gaming consoles.

Judgment is a spin-off for Yakuza released in 2018 for Japan and the rest of the world in 2019. Unlike the previous versions where you play as the criminal, you have the perspective of a detective. Detective Takayuki Yagami investigates a serial murder case in the same location as the original game. However, you have to follow a different story and different gameplay. It features two fighting styles, the crane and tiger styles. You receive points as rewards in the game that you can use to enhance the skills and techniques of the character. The game was received well by both the players and the critics. You can play the game on PlayStation 4, PlayStation 5, Xbox series S, Xbox series X, and Stadia.

Like A Dragon came out in 2020. You can enjoy the game on PlayStation 4, PlayStation 5, X Box One, Xbox Series X, Xbox Series S, and Microsoft Windows. It features the life of Kazuma Kiryu when he tries to lead a normal life, unlike his past time with Yakuza. It has a new lead character, Ichiban Kasuga. He was betrayed by his former boss and had to spend 18 years of his life in prison. After his release from prison, he tries to uncover the true cause of the betrayal. This bilingual game supports Japanese and English audio and received positive reviews from players and critics.

How many Yakuza games are there?

There are thirteen Yakuza games available.

What is the Yakuza games timeline?

Is Yakuza 0 a prequel?

Yes. Yakuza 0 tells the story before the first Yakuza game.

Do you need to play the Yakuza games in order?

No, you don’t need to play the Yakuza games in their release order.

What Does Pending Mean on Snapchat

How to Change Language in Overwatch 2

What Does KMS Mean on Snapchat

Roku Secret Menu: What is it & How to Use it?

What Does Pending Mean on Snapchat

How to Change Language in Overwatch 2

What Does KMS Mean on Snapchat

Roku Secret Menu: What is it & How to Use it?

How to Update Apps on LG Smart TV 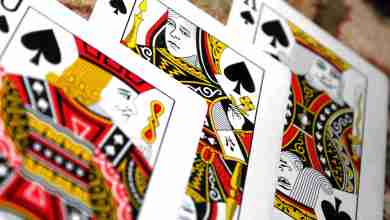 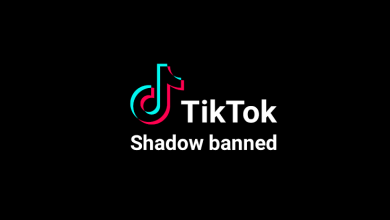 TikTok Shadowban – What It Is and How to Avoid It? 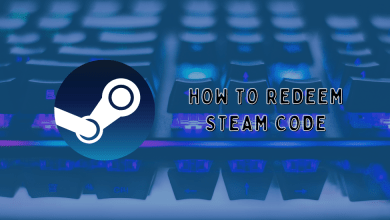 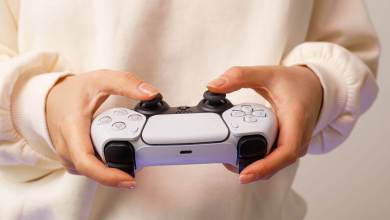 Best PS5 Controllers in 2022 for Gamers