Screen Casting and Screen Mirroring are some of the common things on every Android smartphone. But the built-in option doesn’t have any additional features to work with. Instead, you can use screen mirroring apps on your Android devices to cast content to the TV. In the apps, you’ll have user customization and controlling features. There are a lot of screen mirroring apps available on the Play Store. To make you work easier, we picked the best Screen Mirroring app for Android to the TV from the Google Play Store.

List of Best Screen Mirroring Apps for Android to TV

For a better experience, make sure that your TV is Android-powered. Most of the apps mentioned above need to be installed on both devices. If your TV is not Android-powered, you can use the built-in Cast function to cast media files.

To mirror or cast, both the devices should be connected to the same WiFi network.

LetsView is one of the best screen mirroring app for Android to TV.

The app allows you to mirror your Android device to TV or PCs. To make a connection, you have to scan the QR code which is displayed on the TV from your smartphone and voila, you can mirror all your smartphone contents to TV. By mirroring, you can play any of the high-resolution games without any lag or phone getting hang. The app can mirror advanced videos like AR and VR too. To get the app to work, you need to install the app on TV as well as your smartphone.

With the app, you can easily cast all the media contents from your smartphone to the Samsung Smart TV. The app will be removed from the Play Store on October 5, 2020 as they have announced to discontinue the app. But if you install the app before that, you can use the app after its end date. Install the app before its too late. The app can cast any video format with ease. The Samsung Smart View app is one of the best and most downloaded among the Samsumg Smart TV apps and also on the Play Store with 10 million downloads.

ApowerMirror is one of the popular screen mirroring apps for Android and TVs.

With the app, you can not only cast media contents from your smartphone, but you can also do some advanced things. You can record and capture your phone screen, see your smartphone notifications on TV. You can cast your smartphone only to an Android TV as the app needs to be installed on both the devices. If you want you can connect the smartphone to your TV using a USB cable too.

TeamViewer is one of the best ways to control your Android TV from your smartphone.

With the TeamViewer app, you can control your TV right from your smartphone. You can mirror your media content to the TV while you are away. This greatly helps when you leave your kid at your home and you can play the movie that your kid likes while you are outside. TeamViewer app is only compatible with Android TV. The app also has the 26-bit AES encryption and 2048 bit RSA Key Exchange to protect your media files. The app has a download count of more than 50 million.

Mirroring360 Sender is one of the advanced screen mirroring app.

With the app, you can mirror your media files from the smartphone to Android TVs, Fire TV Stick, and computers. You can cast contents like Presentations, Demo apps, Game sharing, videos, and much more. You can also cast contents to Apple TV streaming devices too. The app has some advanced features and tools. Mirroring360 Sender is one of the popular screen mirroring apps in the Play Store. It has a standalone app to cast contents to Apple TV called Mirroring360 Sender to AppleTV.

You can install the app for free. The app also has a paid version that costs $29.99 per year.

If you have an Apple TV at your home, AirSever Connect is the best app to screen mirror your smartphone.

The app is available for free on the Play Store.

AnyDesk is one of the best remote controlling apps for Android smartphones.

You need to install the app on both smartphone and TV. If you enter the AnyDesk ID on the remote control devices (Android smartphones), you can control your TV with ease. While controlling, you can also mirror your smartphone to the TV at a constant 60 fps (frames-per-second). The app also has the TLS 1.2 encryption and 4096-bit RSA Key Exchange. AnyDesk is one of the lightweight apps available on the Play Store. It consumes only 14 MB of your memory.

AirScreen is yet another screen mirroring app for Apple devices.

MirrorGo is the newest app in the screen mirroring apps list.

The Wondershare developed app is one of the best screen mirroring app for Android to TV. You have to install the app on both devices. When mirroring, you can take a screenshot, record the video, receive Android notifications, and do more things. For connection purposes, you can use the USB cable or common WiFi network. The app can also be used to screen mirror your smartphone to the PCs.

These are the best screen mirroring apps available for Android smartphones to share content on TV. Now, cast or mirror all the media files from your Android smartphone to the TV. You don’t need to worry about the issues or errors in the above-mentioned apps as all the apps are tested by our editorial team to ensure the best experience for our users. Comment your best screen mirroring app in the comments section. 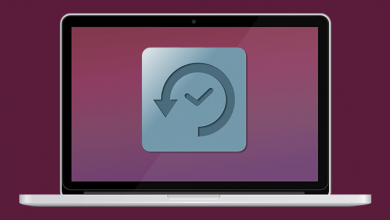 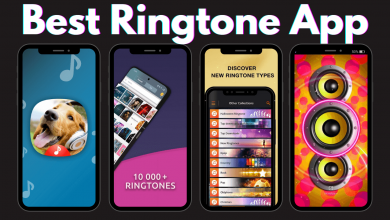 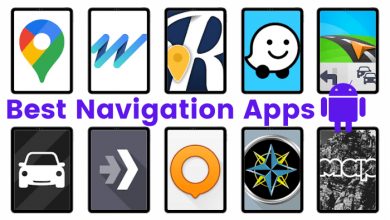 Best Navigation Apps for Android in 2021 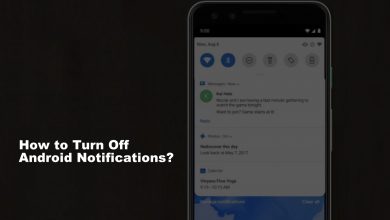 How To Turn Off Notifications On Android in 2 Easy Ways