Most of us use the Chromecast for streaming purposes. So, free VPNs are not powerful enough to access the restricted content. We suggest you choose any of the premium VPNs listed below.

NordVPN is the most preferred VPN for any device.

The VPN has service in 59 countries and has a server count of 5704. The encryption protocols and security algorithms are the most advanced. NordVPN uses military-grade encryption to keep your data safe. With NordVPN, you can bypass any streaming platform’s geo-restrictions like Netflix, HBO, Hulu, and more. With one subscription, you can use NordVPN on as many as 6 devices. It has built-in CyberSec feature to block annoying ads and malware. It is one of the best VPNs for Chromecast.

The subscription starts from $11.95 per month.

ExpressVPN is one of the best VPNs for Chromecast.

Surfshark VPN is a popular VPN trusted by many users.

The VPN has more than 1000 servers in 60+ countries. Surfshark VPN has all the common VPN features like a personalized whitelist, kill switch and DNS protection. The standout feature in SurdShark VPN is that, with one subscription, you can access unlimited devices. All the other VPNs have a limited number of devices. With the Camouflage Mode, you can browse through the internet without any trace. Your IP address will be protected by the MultiHop technique. It is one of the best VPNs for Chromecast.

ProtonVPN is a popular VPN and it is one of the best for Chromecast.

With ProtonVPN, you will get the most advanced protection and security for your data. The VPN has jurisdiction in Switzerland, a country known for its privacy laws. ProtonVPN has the AES-256 encryption and OpenVPN protocols, which is the advanced protocol used in most of the VPNs. It has separate servers for streaming, browsing, and torrenting. Other than VPN, Proton has ProtonMail, a secured email service. It is one of the fewest of premium VPNs that is available for free.

In addition to free service, it has three subscription plans, starting from €4 per month to €24 per month.

CyberGhost VPN is one of the oldest VPN services, available for more than 15 years.

In CyberGhost VPN, you can bypass geo-restrictions, P2P torrenting, and your original IP address. With one subscription, you can add up to 7 devices simultaneously. CyberGhost VPN has more than servers 6400 servers in 90+ countries. The features like Automatic Kill Switch, IP Leak Protection, military-grade encryption, and DNS Protection. The working and the UI of the VPN are so simple. If you are a pro VPN user, you can customize all the VPN settings as you prefer.

The subscription starts from $12.99 per month.

TunnelBear VPN is one of the most used VPNs.

The VPN is not as advanced as NordVPN or ExpressVPN, it is a simple VPN with a minimal number of features. TunnelBear VPN has servers from 23 countries only and is not recommended for torrenting. If you need a VPN to protect your IP and small scale usage, TunnelBear VPN is a great choice for you. Though it is a simple VPN, the connection speed, download, and upload speeds are good. Like ProtonVPN, it is available for free with limited features.

The subscription costs $3.33 per month.

StrongVPN is one of the fastest VPN available.

The VPN is available for almost all the smart devices and it is one of the easiest VPN to install. StrongVPN has 950+ servers in 30+ countries. With the Best Available Location feature, you can get to use the fastest and optimal server based on your location. It is one of the best VPNs for Chromecast. StrongVPN app for smartphones has the dark mode feature and with one subscription, you can use up to 12 simultaneous devices. All your devices are protected with the WireGuard protocol.

VyprVPN is one of the fewest VPNs that has jurisdiction in the USA.

Usually, most of the VPN users won’t prefer VPNs from the USA or any other 14 eye countries. But for Chromecast purposes, VyprVPN is a good choice. But if you need a VPN for torrenting and heavy internet usage, it is not recommended. VyprVPN has more than 2 million users around the world and it is one of the most recommended VPN for streaming platforms. With VyprVPN, you can bypass most of the streaming service’s geo-restrictions.

Norton is one of the popular industry names in VPN and Anti-virus protection.

It is known for its services in mobile security, anti-virus, and VPN. Norton Secure VPN is one of the best VPNs for Chromecast. Norton Secure VPN has features like a built-in ad blocker, Kill switch, Dark web monitoring, and a smart firewall. It also has the built-in Password manager to save your usernames and passwords with utmost security. With the subscription, you will get 50GB secure cloud backup and virus protection.

The subscription starts from $4.99 per month per device.

Hotspot Shield is the best VPN for smartphones.

In Hotspot Shield, you can access geo-restricted content, secure your online activities, and more. Like TunnelBear VPN, Hotspot Shield is a simple VPN with minimal features. It has servers in 20 countries. But for Chromecast usage, Hotspot Shield is an appropriate VPN. The smartphone app has the malware protection feature too. Like ProtonVPN, it is available for free with limited data. If you use your Chromecast for streaming purposes, the Hotspot Shield free pack will be sufficient for you.

The subscription starts from $12.99 per month.

These are the best VPN services that you can use on your smartphone, PC, or Router to protect your Chromecast internet connectivity from online threats and hacks. Choose the VPN that suits your usage. If you have any doubts about the Chromecast device, tell us in the comments section. 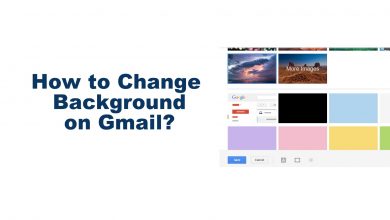 How to Change Background on Gmail in 2 Different Ways 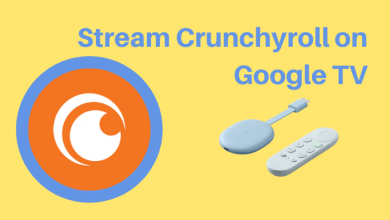 How to Stream Crunchyroll on Google TV 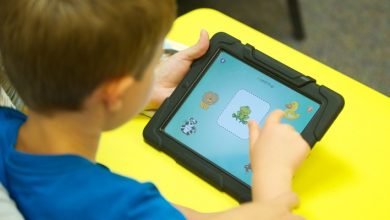 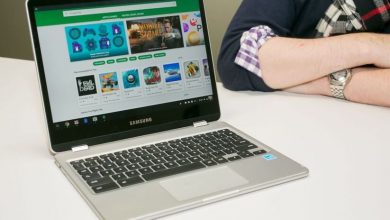 Best Android Apps on Chromebook in 2021